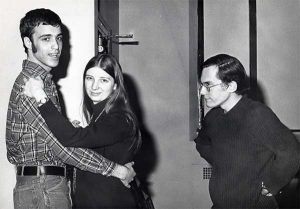 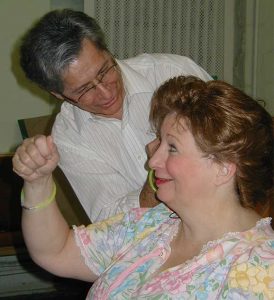 Gwen in 1975 production of Damn Yankees and again getting ready for her role in Zombie Prom 2003.