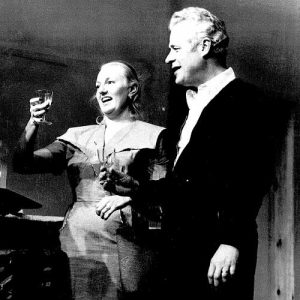 I remember Jack Byrne single-handedly holding one of the sets up for Carousel, as it was collapsing and tearing the backdrop. – Steve Leifer

Jack directed Oklahoma at SLOC in 1982 as one of his last major contributions to theater in the tri-cities area. It was also his second time directing that play, the first being some 22 years before. His first involvement with SLOC was in 1956 when he produced Showboat, the Companies last production at the former Erie Theatre. He contributed through acting, producing, directing, managing, set design, box office record keeper, and likely sweeping the floor at the end of every gathering. He contributed to community theater for some 37 years, and after his passing in 1988 a celebration of life was held at the Playhouse (Schenectady) where nearly 200 people attended. – Chris Byrne 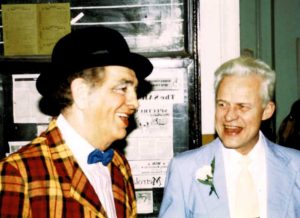