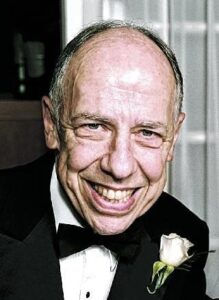 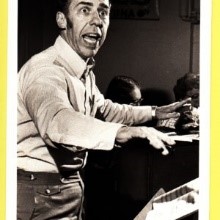 Ken was a well-known and well-respected conductor and musical director with SLOC. Ken especially liked conducting the large orchestras that SLOC employed when performing shows at Proctors. Ken was a model railroad enthusiast. In 2021, the National Railroad Association awarded Ken, the, Master Model Rail Maker #688. Ken was also, an expert low brass player. Together with his wife Barbara, son Tim, and daughter Patti; the Nelsons have contributed a lot to the SLOC family. Thank you!

The Nelsons were a family affair. Ken along with his wife Barbara (Bobbi) a SLOC musical assistant director, and their children participated in SLOC productions. In the show, Annie (1984): Ken, Barbara, and daughter Patti were all involved. Patti played the role of Lilly St. Regis. Barbara was Assistant Musical Director and played the role of Mrs. Greer. Ken was Musical Director and Conductor.